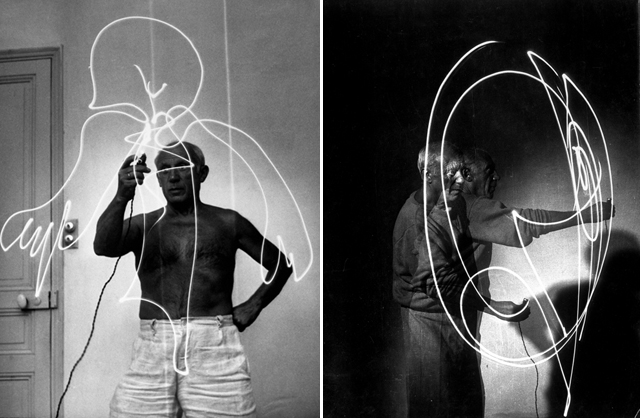 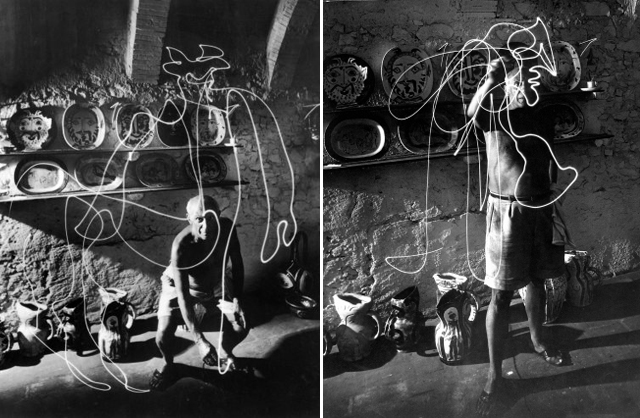 Hello! Apologies for the lack of communication of late. My studies have kept me more than occupied over the last little while. I hope you have had a rather splendid Christmas and are looking forward to the New Year. This post is for anyone back at work, or attempting to will their brains to write essays amidst festivities!

A series of  photographs released by Life Magazine,  referred to as  Light Drawings, were the result of a collaboration between Picasso and Mili back in 1949. As aptly put by Life Magazine, though the images vanished instantaneously, they still exist six decades later in Mili's playful images ... I can't help but think of bonfire night, sparklers and writing hello over and over ...

If you wish to say hello leave a comment, find me on twitter, or drop me an email at:

It'd be lovely to hear from you